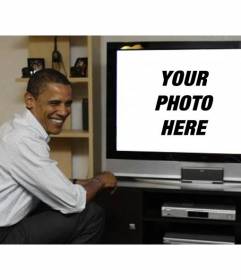 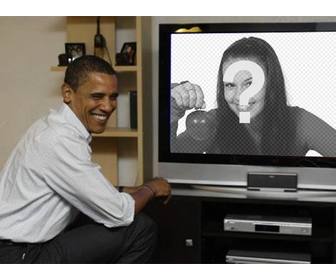 Put your photo together with former U.S. President Barack Obama.

Create your photo montage for photos in which we will be able to put our photo next to ex-president Obama. You have different designs to choose from. The photo will appear on the television screen in front of you, and it will seem that we are someone important with this photomontage. Create your photo effect with former President Obama by clicking the button and following a few simple instructions. You also have effect with which you can put your photo on a poster. Put your photo next to Barack Obama, the president of the United States. Choose between the photomontages you like best and upload an image of yourself with Obama. You can also become the president with the U.S. flag in the background or even put your image in a photo frame held by Michelle, his wife;